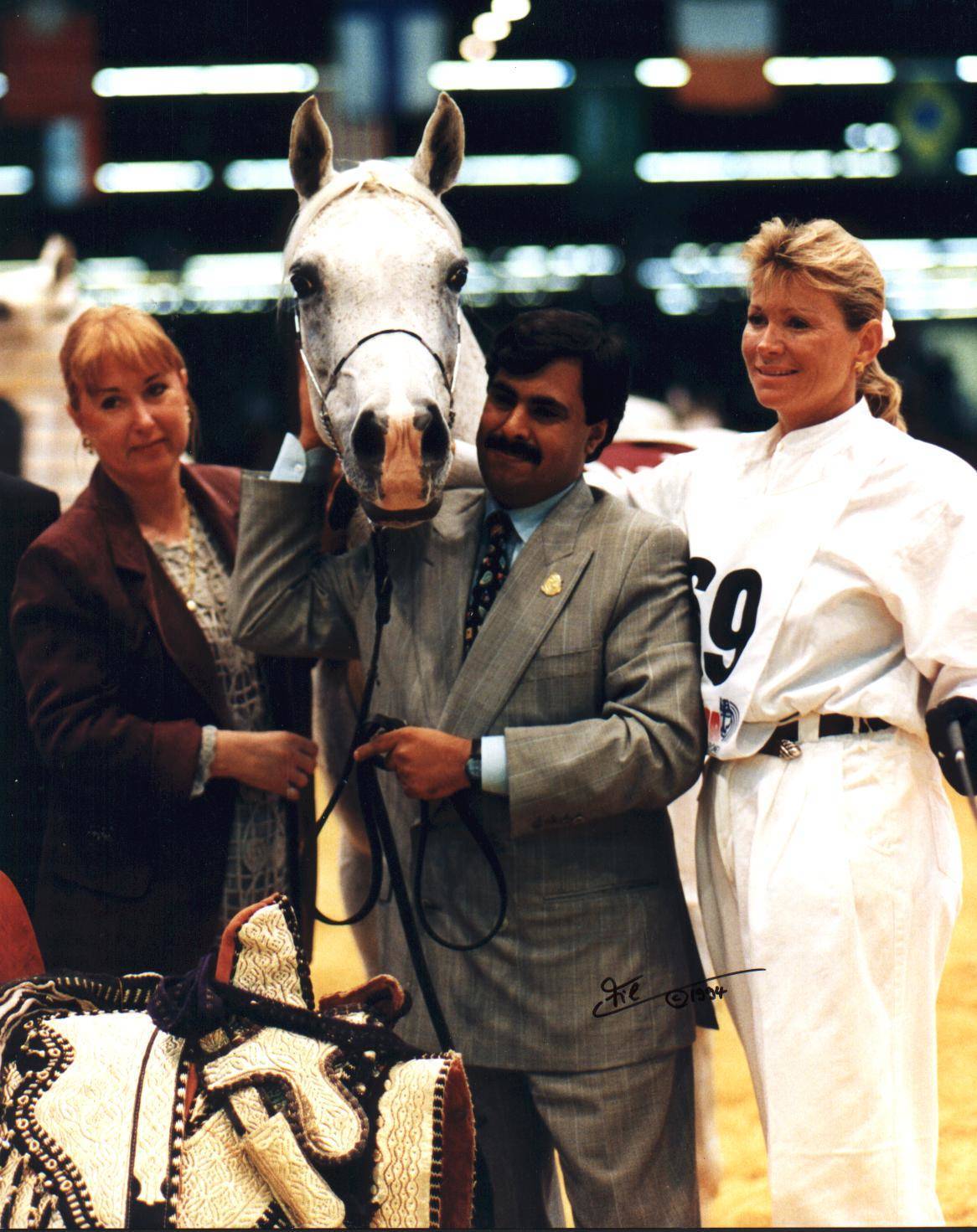 Eileen Verdieck is widely considered the foremost influence in the world on the international market, servicing, and buying power of Arabian horses – particularly the Middle East – over the last several decades.

Eileen’s formative years would be set at the legendary Imperial Egyptian Stud when as a young trainer, she was handed the reigns at the request of owner Barbara Griffith to not only train, but also sell. Through a tenacity rooted in innovation, Eileen developed newcomer programs, traveled extensively, developed entire new markets, and learned how to breed a better horse. She began to quickly demonstrate not only her exceptional eye for type and horsemanship abilities but also a deeply embedded marketing clout through two highly acclaimed Imperial films “To Fly Without Wings” and the award-winning “Genesis… A Continuation.”

Eileen’s profound influence on the Arabian horse industry continued to emerge in ways never before seen:

In 2000, Eileen felt a tug to take a break from selling and indulge her passion: Introducing children and newcomers to the Arabian horse, through the launch of the hailed HoofbeatZ program based in the United Arab Emirates and Qatar, which she saw to fruition until 2015.

The intimate relationships she has formed in the Middle East and throughout the world from a lifetime with the Arabian horse, combined with innovative intention that endlessly reaches outside the status quo has positioned Eileen with a superlative capability to tap into markets that other people simply cannot.

Needless to say, it has worked.

Eileen’s extensive evaluation process results not only in successful sales of individual horses but also entire breeding program herds. In a short period of time, she will categorize each horse, determine their place in the market, and ultimately assist in moving them.

“I’ve found vehicles for moving all levels of horses,” she said. “I have no doubt I can influence a marketplace greater than most... I know because I always have. Some of the best horses in the world are nice, solid citizens that the majority overlooks.”

And while Eileen evaluates more horses and programs in one year than most people do in their lifetime, her core philosophy runs deeper than simply closing a sale.

“I believe in giving people the opportunity to fall in love and become passionate about the Arabian horse. If you become involved with a horse – of any breed ­– they will make you a better human being.”

In the Arabian horse industry today, countless agents are available for the choosing. But none can offer the dynamic, game-changing combination of experience, integrity, perspective, history, and passion found in one resonating person: Eileen Verdieck.

We invite your inquiry.